Zayn Malik Net Worth (2022 Update): Is He Heading In The Right Direction?

British male solo artist and former member of the boyband One Direction, Zayn Malik, has been on one hell of a ride. Following the band’s massive success, he has a net worth of $75 million and a rising solo career. But for now, let’s dig in a little more about Zayn Malik…

Zayn Malik is best known for being a former member of the popular boy band One Direction.

On the other hand, Zayn Malik’s solo music career earned him 16 awards and 38 nominations, which includes an American Music Award, Billboard Music Award, iHeartRadio Music Award, and an MTV Music Video Award, among others.

Outside his musical bubble, Zayn Malik is an active philanthropist. He’s an official ambassador of the charity group British Asian Trust. He also gave his guitar to the Kean’s Children Fund in Dundee, Scotland, in 2014.

In January 2020, Zayn gave £10,000 to a five-year-old girl’s GoFundMe page, which her mother had set up to help pay for her medical care.

Zayn Malik is also a strong supporter of the Black Lives Matter movement. Zain Javadd Malik was born in Bradford, England, to Tricia and Yaser Malik. He grew up in a Muslim home in East Bowling.

He finished high school at Bradford’s Tong High School. He had a hard time in school and was often made fun of and treated badly for being a mix of Pakistani, Irish, and English.

As a teenager, he took performing arts classes and participated in many school plays. He also began writing raps when he was in high school.

Before he started making music, he thought about becoming an English teacher.

Zayn Malik’s career started when he tried out for “The X Factor” in 2010. He didn’t make it as a solo artist on the show, but he did join up with four other musicians Niall Horan, Liam Payne, Harry Styles, and Louis Tomlinson, to form the boy band One Direction.

After making it big on The X Factor, the band has sold more than 20 million albums all over the world, becoming one of the most popular bands to come out of a reality show. The group has put out five studio albums.

One Direction is owned by a company called 1D Media, which was set up in 2010 and is owned by all five members equally.

In 2015, Zayn Malik left the group. One Direction took a break in January 2016, and since then, each member has gone on to have surprisingly successful solo careers.

All five members of One Direction have put out a solo release that made it into the U.S. Top 40. They are one of the few groups whose members have done well on their own after leaving the group.

After he left One Direction in July 2015, Zayn Malik announced that he had signed a deal with RCA records to make his own music. In his first solo-on-camera interview with Zane Lowe for Beats 1 on Apple Music, he said that his first solo album would be called “Mind of Mine.”

The album’s lead single, “Pillowtalk,” came out in January 2016. When it first came out, the song was No. 1 on the Billboard Hot 100 and the U.K. Singles Chart. Zayn Malik also moved to No. 6 on the Billboard Artist 100 Chart.

His debut album “Mind of Mine” came out on March 25, 2016, a year exactly after he left One Direction. It was number one in the U.K., Australia, Canada, New Zealand, Norway, Sweden, and the U.S.

He had the most streams on his first day as a debut artist. “Like I Would,” the album’s second official single, went to No. 1 on the Billboard Dance Club Songs chart.

At the end of 2016, he worked with Taylor Swift on a song called “I Don’t Wanna Live Forever,” which was part of the soundtrack for the movie “Fifty Shades Darker.” The song was number two in the U.S., five in the U.K., and one in Sweden.

In April 2018, Zayn Malik released “Let Me,” the first song from his next album, “Icarus Falls.” The album came out in December 2018 with positive feedback.

Although it wasn’t as successful commercially as his debut studio album, “Still Got Time” and “Dusk Till Dawn” were also top hits. Zayn Malik and Zhavia Ward did a cover of “A Whole New World” for the soundtrack of the remake of “Aladdin” that came out in 2019.

Zayn Malik’s most recent third studio album, “Nobody is Listening,” came out in January 2021. The first single from the album was called “Better,” and it was his first single by himself in almost two years. 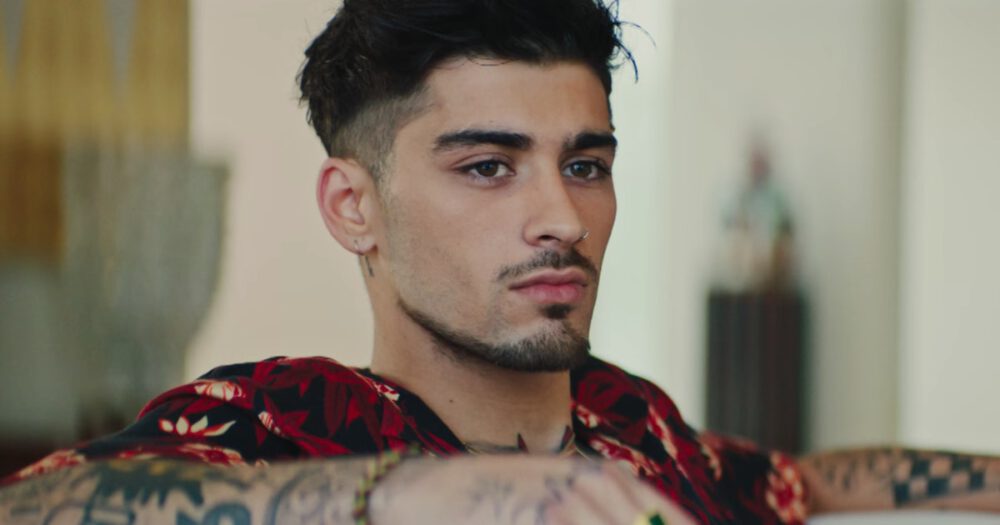 One: always be willing to learn.

Two: don’t let other people decide what you’re going to be — that’s your job.

Three: you’ve got to take risks.

"There comes a day when you realise turning the page is the best feeling in the world, because you realise there's so much more to the book than the page you were stuck on."
"Life isn’t a music player where you choose whats being played, it is a radio where you have to enjoy whats being played."
"Get on with life because life gets on without you."
"If people talk behind your back, it's because you're ahead of them."

Zayn Malik’s achievements in One Direction might have been unbeatable, but we still can’t downplay the amount of success his solo career has reached.

Zayn Malik’s net worth of $75 million is a shared effort of his passion and hard work, starting from The X Factor to One Direction and now as a soloist.